View the recording | slides | Q&A from the event.

The event, titled “Community Factors Shaping Campaign Effectiveness,” featured a research team from The Design Institute for Health at the University of Texas. 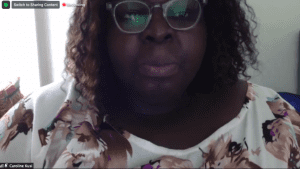 The team presented a comprehensive overview of the insights, supporting details, and initial opportunities arising from the Systems Design for Campaign Delivery workstream, part of the broader Systems Design for Global Health effort by the Design Institute for Health on behalf of the Bill & Melinda Gates Foundation.

A key aspect of the research was the interplay between health campaigns and the communities they serve. 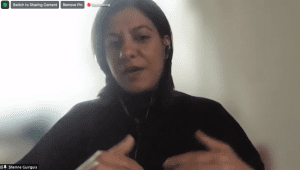 The event was moderated by Sherine Guirguis, Director and lead strategist at Common Thread. Guirguis is a member of the Health Campaign Effectiveness Coalition Scientific and Technical Advisory Committee, and looks for the people behind the data. She’s been creating powerful narratives with data for 20 years, from leading large-scale behavior change strategies to responding to the Indian Ocean Tsunami, ridding the world of polio, and responding to West Africa’s Ebola outbreak.

One of the most surprising elements that came from the research was the discovery that seemingly unrelated items, which appear on the surface to have no ties to health, might be impacting the success of campaigns. One such example was a group who refused to receive treatment until promised shipments of food were made.

“The ability to administer a campaign might be linked to another, unrelated service,” said Gwen Gage, designer at the Design Institute for Health at Dell Medical School, UT Austin. She emphasized that, while these community-level factors may not be shaping approaches, they are shaping outcomes. 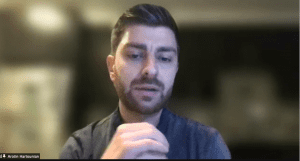 Also central to the presentation was the concept of “flipping the framework” for feedback, placing communities at the forefront and allowing them to dictate the approach and structure for campaigns rather than global health organizations.

“Do people at the global level feel safe enough to take some risks and be innovative when designing the next round of campaigns?” said Arotin Hartounian, Systems Designer at the Design Institute for Health. “That’s the key question.”

The Health Campaign Effectiveness Coalition would like to thank the presenters for their time, and plans to continue the conversation in future events. Watch the recording of the presentation, view the slides, and read the Q&A from the event.

The Test & Learn series will continue to highlight different innovative campaign approaches and delivery models in the coming months. Future events in the series will be announced on the Health Campaign Effectiveness Coalition website, in its newsletter, and on its social channels.