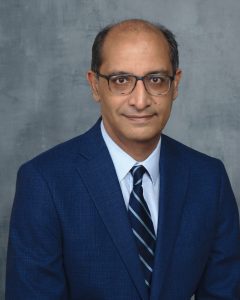 Dr. Kashef Ijaz became vice president for health programs at The Carter Center on Oct. 1, 2020. In this role, he provides leadership for programs and initiatives working to control, prevent, eliminate, or eradicate six tropical diseases in 18 nations, as well as efforts to improve mental health care in the United States and abroad.

Previously, Dr. Ijaz was the principal deputy director in the Division of Global Health Protection, Center for Global Health, at the U.S. Centers for Disease Control and Prevention. His division worked on building disease detection and response capacity for health security, including humanitarian assistance for refugees and internally displaced population in areas such as nutrition, WASH and mental health issues. He joined the CDC in 2002, and during his tenure served as deputy director for science and programs in the Center for Global Health and chief of the Tuberculosis Field Services and Evaluation Branch in the National Center for HIV, STD and TB Prevention. He helped lead the CDC’s responses to the West Africa Ebola epidemic of 2014-16, the MERS-CoV outbreak of 2013-14, and the H1N1 pandemic of 2009.

He began his career as a medical epidemiologist at the Arkansas Department of Health, where he worked with marginalized rural populations at the state, local, and community levels. He was Research Assistant Professor in the Department of Medicine at the University of Arkansas for Medical Sciences and also did molecular epidemiology research on Mycobacterium tuberculosis. He has worked extensively in Asia, Africa, and across the developing world on malaria, tuberculosis, and other diseases.

He is a member of the American College of Epidemiology and is recipient of Phil Brachman’s award for the Epidemic Intelligence Service alumni association at the Centers for Disease Control and Prevention. He speaks five languages and has had more than 100 articles, chapters, and presentations published in peer-reviewed journals and at conferences.